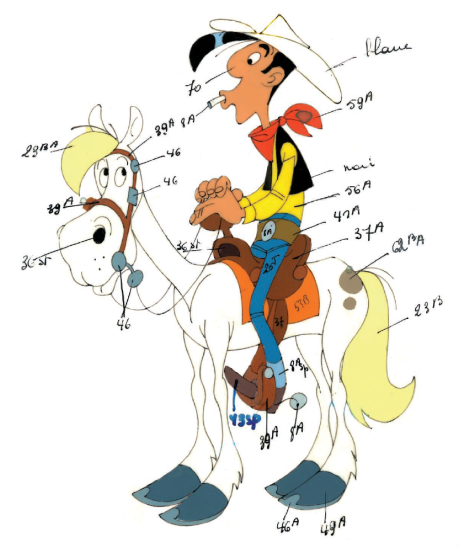 For over 60 years, Ellipse Animation has been giving life to iconic characters, amazing worlds and unforgettable
adventures that pass on generations.

Our teams are behind some of the most successful animation series and movies ever produced in Europe, including The Aventures of Tintin, The Garfield Show and The Smurfs brand new series.

Building on its studios ecosystem, Ellipse joins forces with international partners to produce top-quality animated entertainment. Our studios assemble some of the best talents in animation, making the most of art and technology.

Through passion, creativity and innovation, we are dedicated to telling stories that entertain, amaze and inspire kids and adults alike all around the world —and we are proud to do so.

Ellipse Animation is a subsidiary of the French family-owned Média-Participations group, a European leader in content creation.

Asterix creators René Goscinny and Albert Uderzo partner with Dargaud to create Studios Idéfix, a European alternative to animation majors like Disney. Studios Idefix produces feature films The Twelve Tasks of Asterix (1976) and The Ballad of the Dalton (1978).

Go West! Dupuis and Dargaud each partner with American studio Hanna-Barbera to produce The Smurfs (1981) and Lucky Luke (1983) animated series. The shows give these iconic French-Belgian characters a worldwide exposure.

The Adventures of Tintin gets first TV broadcast and garners great public acclaim. 30 years later, it is still one of the most iconic European programs ever produced.

Dupuis’ Spirou series is a hit on French TV. France’s main broadcaster TF1 turn Spirou and his friend Spip into icons for their daily kids program, A tout Spip, produced by Dupuis and brodcasted in 1995.

Already owner of iconic Belgian producer Belvision and Dargaud’s production company since 1996, Média-Participations successively acquires Storimages (2002), Ellipsanime (2003), Dupuis (2004) and Les Cartooneurs Associés. Having audiovisual players within the group, along with comics, literature, video games and theme parks, makes it possible to think beyond the sole collaboration between comics publishers and animation producers and to set up 360° strategies. Mediatoon Distribution, another subsidiary of the group, becomes the preferred partner for program distribution.

Two years after being taken over by Média-Participations, Storimages turns Bénédicte Guettier’s Trotro book series into a TV show. The program has since become a must-see series for preschoolers.

The Garfield Show is a worldwide success! The series is produced by Dargaud Media with the support of author Jim Davis. Five seasons are produced, and Garfield comes back in 2019 with the Garfield Originals series.

The Ellipse Angouleme studio is created to consolidate Ellipse’s assets.

Ellipse partners with Ankama to open the Madlab Animations studios in Roubaix, specialized in 2D animation.

For the opening of the Spirou theme park near Avignon, Ellipse produces three 3D rides for digital simulators. They focus on the worlds of Marsupilamis, Supergroom and Gaston Lagaffe.

Ellipse releases Roger and his humans, the first French digital-native animation series directly broadcast on YouTube. Created by the French YouTubeur Cyprien, it gets two seasons in 2020 and 2021. The videos gather more than 1 million subscribers on social media. It is the first teen-adult program produced by the studios.

Yakari: A Spectacular Journey marks the return to feature films for Ellipse and its label Dargaud Media.

The Smurfs premium CG series gives a new youth to Peyo’s characters. Co-produced by Peyo Productions and Ellipse under its Dupuis label, it is broadcast in more than 140 countries, including Nickelodeon channels. The Smurfs have a resounding international launch. Its visual and writing styles highlight Ellipse’s new ambition to produce high-quality content with international ambition.

See All Productions
Our

Ellipse Animation is a subsidiary of the Média-Participations group, a European leader in entertainment.

Citel Vidéo is our preferred partner for video distribution. 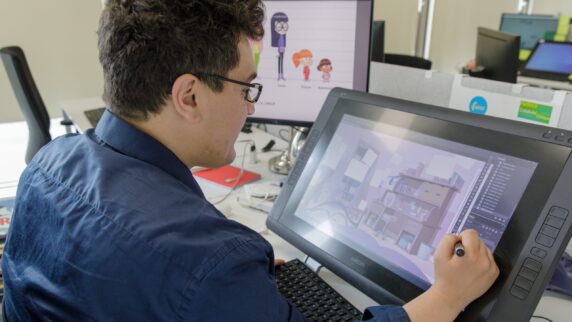 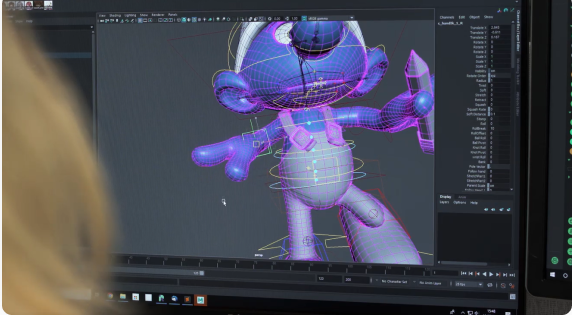 We are always looking for creative minds to join our studios in Paris, Angoulême and Roubaix.
JOIN THE TEAM 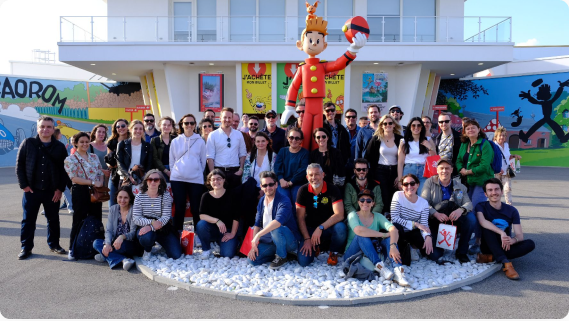 Find the latest news about our projects and make sure not to miss upcoming offers on our social media!